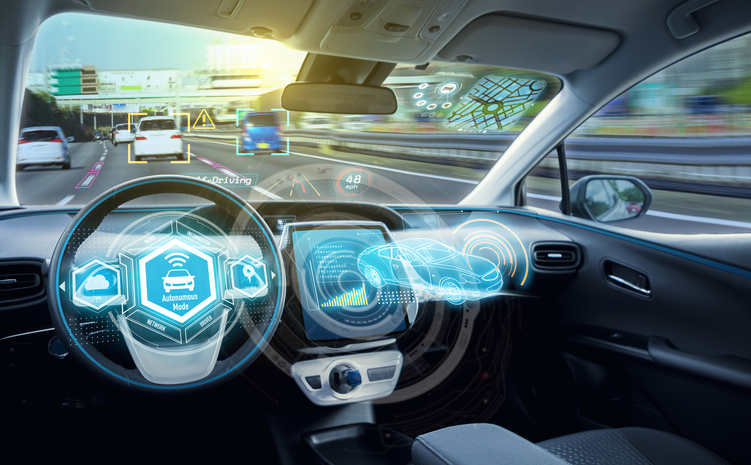 The auto industry is bracing for a monumental change as self-driving cars have already started to alter its trajectory. This change will not happen overnight, but it will usher in a dramatic shift in the auto industry.

One of the biggest changes will be the demand for privately-owned cars. Autonomous cars are expected to provide a service that will reduce the need for individual ownership of vehicles. Instead of buying cars, experts predict that people will rent a self-driving car when it is needed. This could be done on a subscription-based service. The early stages have already begun with a sharing economy that has been embraced by the masses. This is evident in the widespread use of services like Uber and Lyft.

The overall price spent per household would be cheaper by using self-driving cars. Adding the cost of car payments, insurance, gas, and maintenance is expected to be more than what it would cost for monthly ride-sharing services.

The auto industry of the future is likely to be filled with new competition as driverless cars will require the implementation of software. That means tech companies could be the next giants in the auto industry. Currently, companies like Google and Apple are in a heated race to be the first to successfully integrate this type of technology. Existing automotive manufacturers could be in jeopardy, which is why General Motors is buying up companies that produce the technology expected to be a major component in self-driving cars. If car companies fall behind in this race, they could wind up becoming a thing of the past.

The luxury car segment is changing because of advances in technology. Today’s luxury cars have placed more of an emphasis on software than comfort or horsepower. Software has enabled luxury cars to feature technologies that make for a safer and more driver-friendly experience.

As more of these technologies are implemented into cars, luxury automobiles will be completely redefined. Auto manufacturers charge more money for these upgrades now in luxury vehicles, but they will become customary in self-driving cars. That will essentially render the luxury car sector obsolete. Looking ahead to the future, the concept of owning a car may one day become a luxury.

The general perception of cars may also change. One of the mainstays in the automotive industry has been cars with a wealth of horsepower. This has been something that has appealed to car aficionados for generations. However, self-driving cars are going to remove the emphasis on horsepower. The industry will be filled with machines meant for safe and convenient travel as opposed to cars being revered for their speed, design and look.

It is inevitable that some auto manufacturers are going to fall behind in this new industry race. To keep from going out of business, auto manufacturers may opt to establish partnerships with technology and software companies. Imagine the possibilities of a partnership between Google and Ford. It is partnerships like this that could change the major players in the auto industry.

Electric cars are the next wave of driving and that will be followed by self-driving cars. As these electric cars become more popular, OEM (Original Equipment Manufacturer) products will steadily change. This will influence supplier relationships and supply chains as well. Parts professionals will need to adjust their way of doing business.

Beyond this business side of the auto industry, the effect of self-driving cars will translate into a safer way of travel. In 2016, more than 40,000 people died in automobile accidents in the U.S. Meanwhile, the foundation is already being laid for safer travel. New technology has introduced several warning components, which include braking assistance, collision alerts and steering governance. This is coupled with alerts when any mechanical issues are occurring. These advances are a premium now, but are expected to be the norm when self-driving cars fill the roadways.

The automotive industry is starting to become focused on big data and connectivity. While this concept may seem a little scary to some people, it is likely going to result in much safer travel. Since its inception, the auto industry has taken measures to enhance safety. This next step to the era of self-driving cars is no different. The auto industry will remain intact, although it will change with the time the same way it has always done.